With midterm elections right around the corner, those in power are going to use every method available to secure your vote, including the reversal of mask mandates which is something I'm seeing a lot of this week.

I want to take this opportunity to inform the public on the psychological consequences of enforcing and complying with mask mandates, so those in power don't have any excuse to continue enforcing them.

HOWEVER, once mask mandates are completely off the table, we can expect to see a NEW method that promises to 'keep people safe'.

It's great that a lot of cities are lifting their mandates, but the battle for freedom is far from over. These people are conniving, don't let your guard down.

Gothix@Gothix
August 10, 2022
"If the Devil came red horns and a pitchfork, everybody would run. He's a deceiver and this is a deception."

Uncle Tom (2020) was the film that jolted me awake from the deception of social justice. Once I started researching, I began too see through the emotional manipulation that was at play during the Black Lives Matter riots or any time Democrats would be on the news, promising to "end white supremacy".

Black people are expendables in the cold blooded struggle for power. We are the perfect candidates to be used by communists and that's been documented throughout history. You can choose to keep the blinders on out of pride or bitterness for conservatives, but this is the REALITY of what we're up against.

If Black Lives Matter to you, then the truth should also matter.

Uncle Tom II is an odyssey depicting the gradual demoralization of America through Marxist infiltration of its institutions. The film explores how this deceptive ideology has torn apart the fabric of society while using black America as its number one tool for its destruction.

This film unveils the Marxist strategy of ...

Saul and I played a few games at Sandbox VR while we were in Vegas. Unfortunately the cameras glitched out during our first zombie game so I don’t have any footage of us playing, which is a bummer because it had more jump scares and quality reactions from both of us.

This was from our second session 😁 I’ve also got some behind the scenes (real world footage) of this which I’ll upload soon.

In 1989, China's Government declared martial law and sent over 200,000 troops to Tiananmen Square to slaughter thousands of unarmed protestors.

The recent school shooting in Texas is a tragedy, but the calls to impose more gun control isn't addressing the root cause of the problem.

The same politicians who want to enact strict gun policy in the name of safety, are the same ones that:

If these people truly cared about preventing mass shootings, they would start by addressing the spiritual degeneracy that leads people to commit acts of violence in the first place.

Better yet, if safety is a legitimate concern, then why aren't these politicians ...

COVID Lockdowns (work/learn from home) ensured a large majority of the population would be at home.

The urgency that the pandemic created, ensured most people would be glued to their TV or phone to stay informed.

The BLM incident started almost immediately when lockdowns began. Most people knew about the riots because they were already consumed with pandemic related coverage. At this point the media & politicians are fluctuating between BLM coverage and the pandemic.

The fear of COVID gave people a reason to stay informed via news/social media, the BLM coverage exploited this fear. For example, many media outlets proclaimed that blacks are more at risk for contracting COVID due to systemic racism, the CDC Director declared racism a serious public health threat, etc.

Black Lives Matter (BLM) was a violent movement that resulted in the death of innocent ...

You read that correctly.

As a black and Hispanic woman (that's not my "identity", it's just what I am), I've never once felt the urge to seek outside validation from the media.

Why? Because my mother raised me to see myself as a human being, and not as a color or a gender.

What is the purpose of representation?

Some people might say that it's to make certain groups of feel more welcomed in a particular industry. "How can anyone strive to do ___(blank) when they don't see people who look like them?"

Go pull up the Brave browser (or Google, assuming you enjoy the intrusiveness of big tech), and search one of the following:

Originally we expected to have a small ceremony without a reception, but within a few months it turned into a gathering of about 80 people on one of the hottest days this summer 😄 my mom paid for most of it, after expressing how she wanted me to have a memorable ceremony and I’m glad I listened to her ☺️

It was so heartwarming to our friends and family, many of which traveled from opposite ends of the country just to watch us get married.

Taking a break from YouTube was one of the best decisions I made this year because I was able be more present and soak in the moment with the love of my life, without thinking about work or whatever nonsense was happening in the world.

Thank you everyone for your patience, love, support and concerns (with my absence) while I focused on taking this next step.

More photos coming soon! We hired 2 photographers from our Church and it will be a couple of weeks before we see them ❤️ 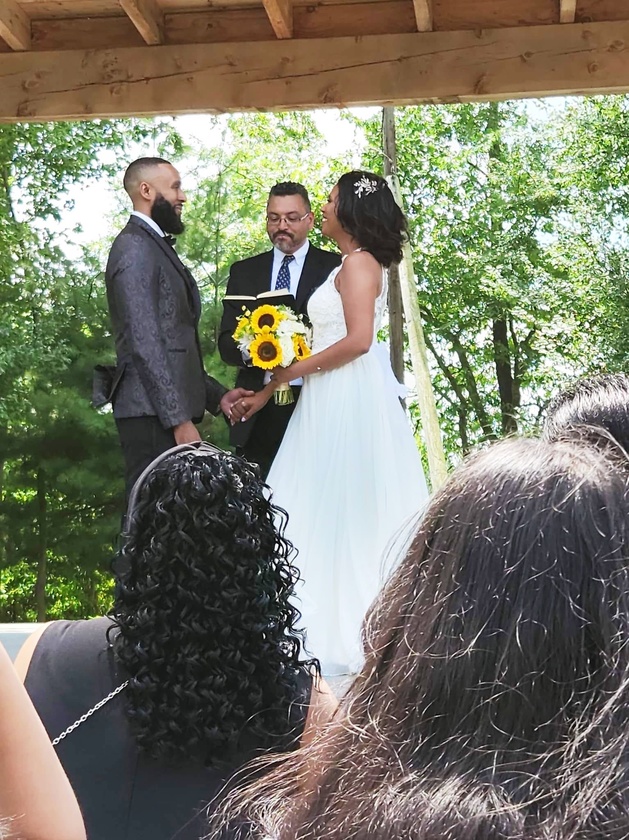 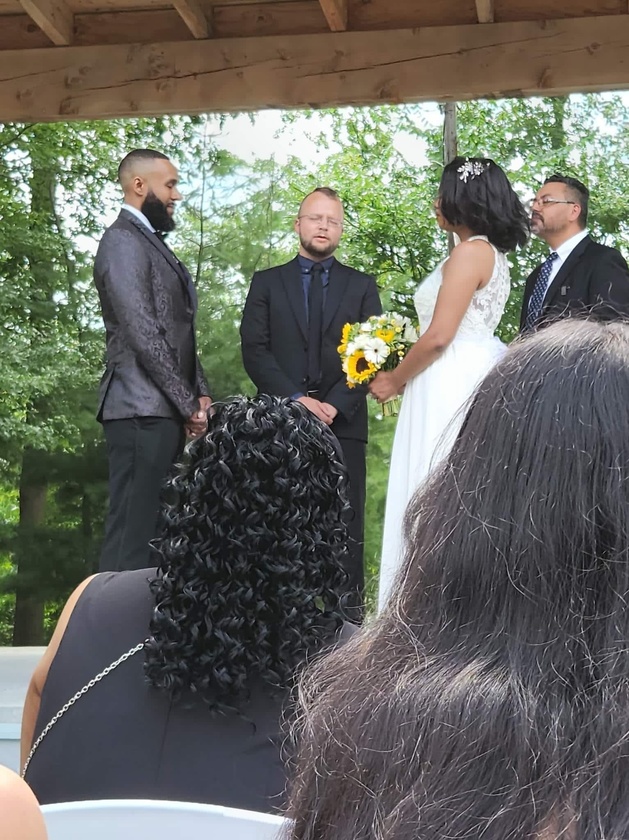 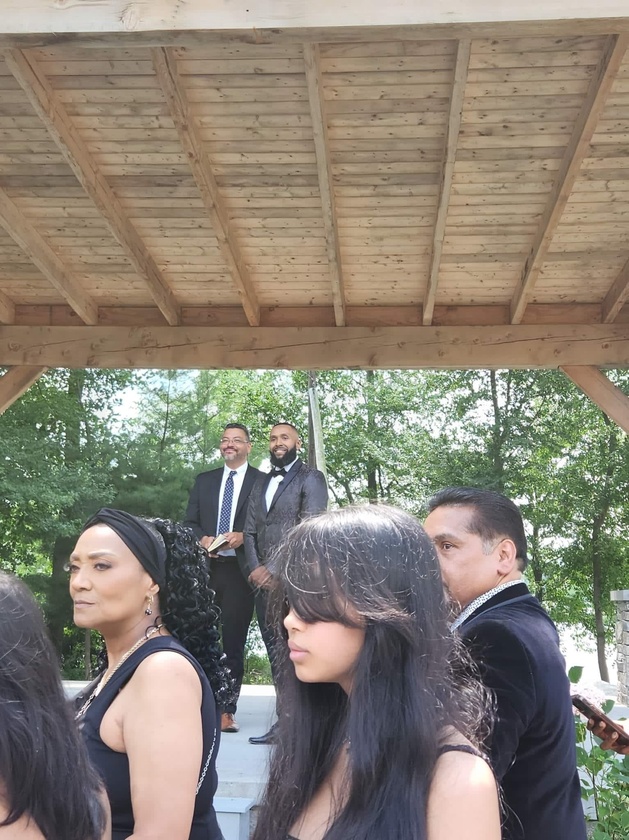 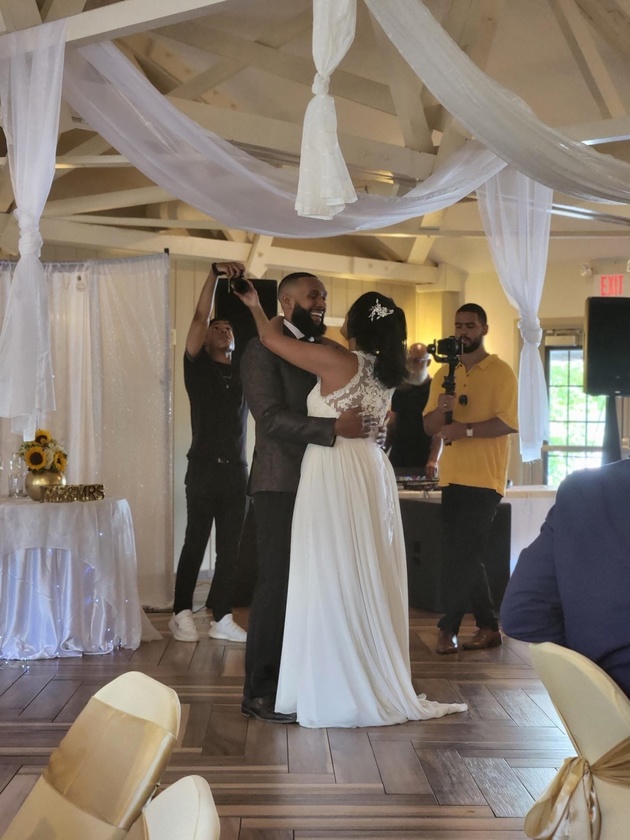 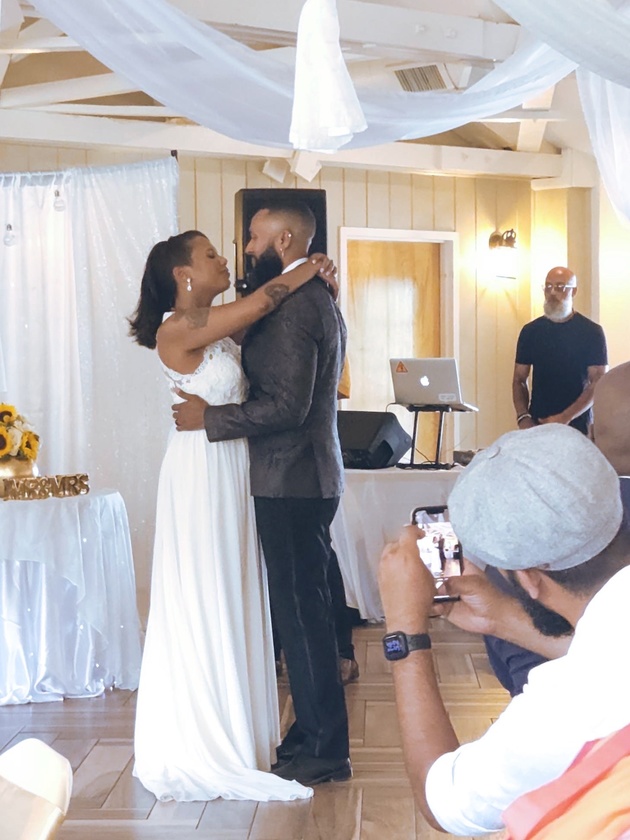 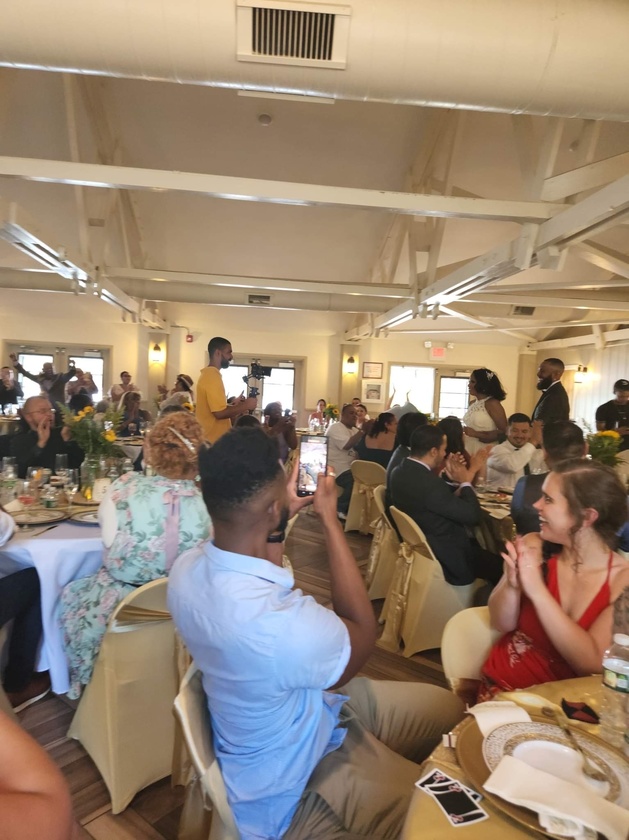 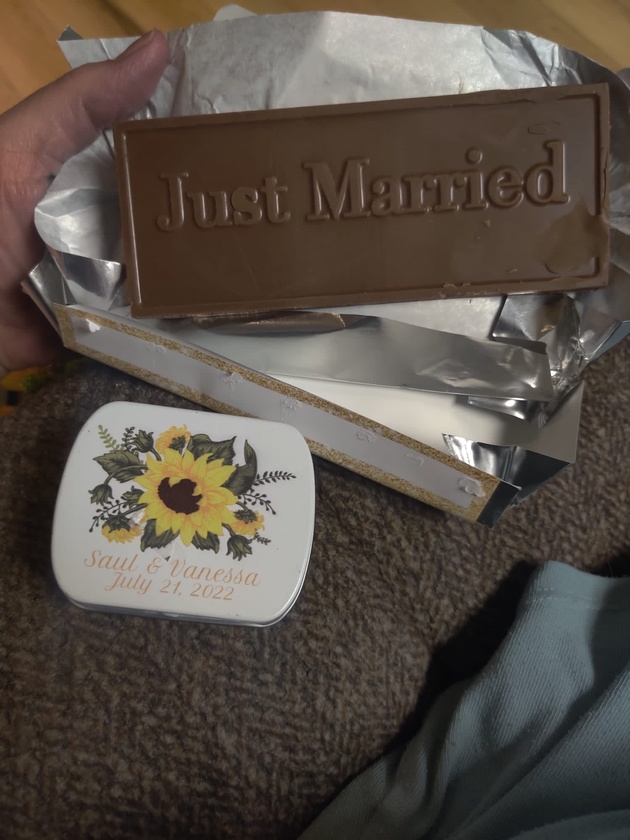 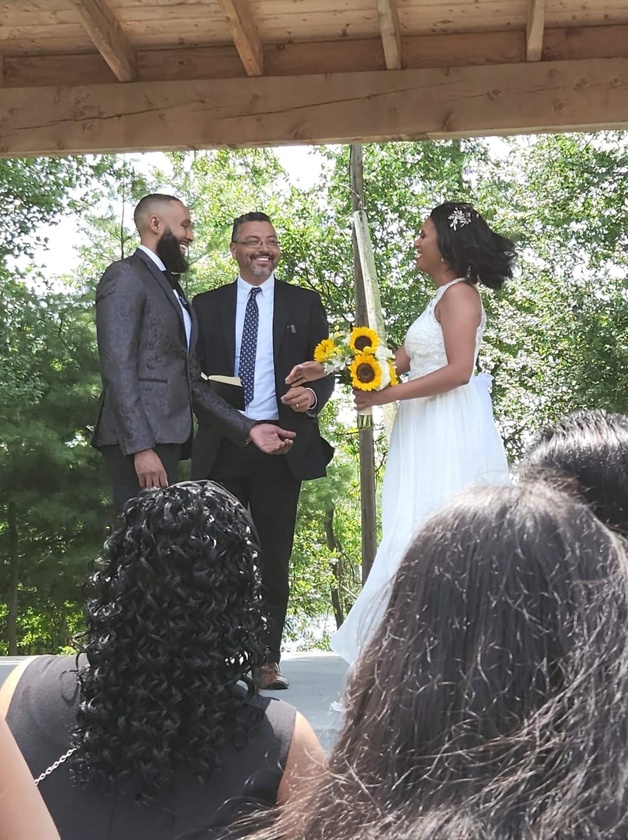 I’m far from being a fashion critic but this is hideous. I miss Melania. 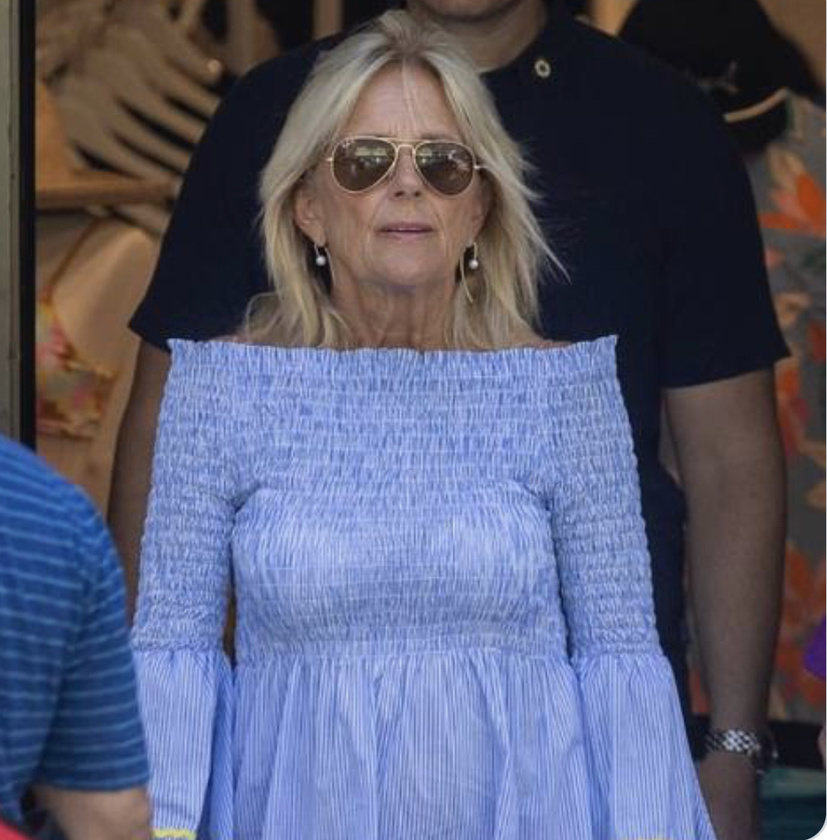 0
View All
0
Reply
Cicero462@Cicero462
August 16, 2022
0
View All
0
Reply
See More
Sign Up To Gothix
Sign Up for free to see more from this community or subscribe to Gothix for $5/month to support Gothix for more interaction and exclusive content.
Login Signup
Available Now

This is where I'll be uploading a backlog of ALL my content, as well as exclusive bonus content just for Locals! I'm excited to have you here 😄

329
View All
12
Reply
Don’t have a Locals account yet? SIGN UP
I’m already a member Log in
Please keep this window open while your file is uploading...